There have been several iterations over the years for the wolf’s head, but since the 1960s this form has been the consistent model. It was updated in 2005. Derivatives of this logo are not allowed. 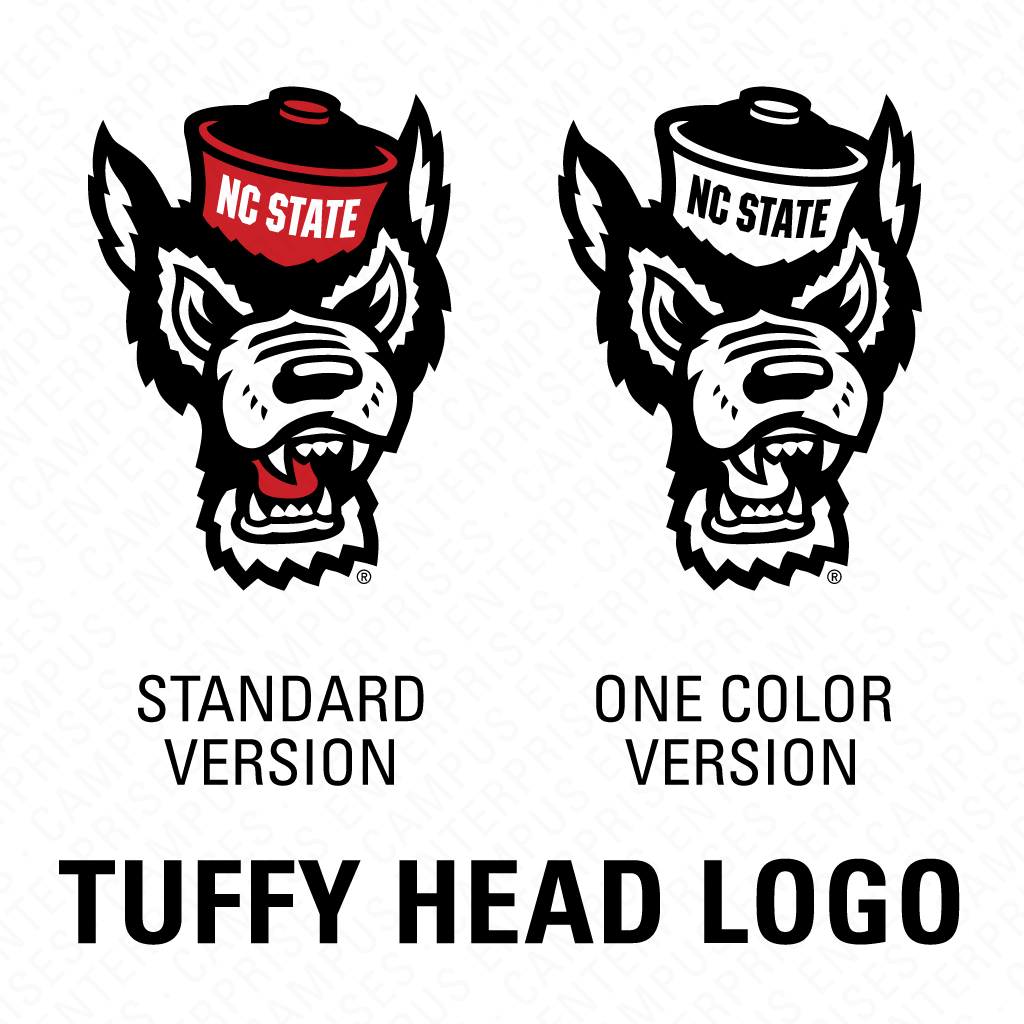 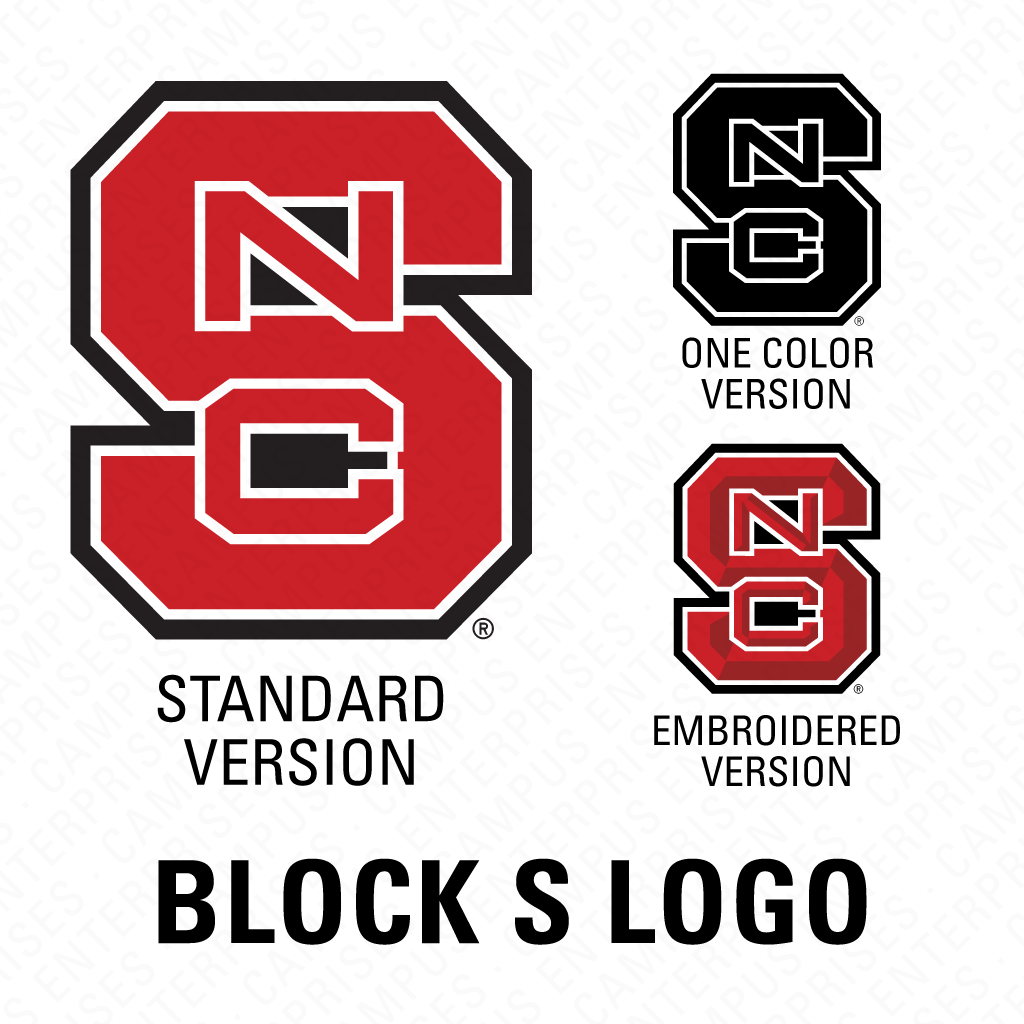 Today’s standard Block S version is composed of the colors red (Pantone PMS 186), white, and black. For applications where the standard logo isn’t practical such as engraving, etching, stamping, and other production techniques, the single color Block S can be used. The embroidered Block S is for embroidery only and should not be used in printing or silk-screening applications.

Since its first adoption by the university’s football team in 1921, the “Wolfpack” has been represented by a variety of symbols. In the early 1960s, Tuffy the Strutting Wolf logo appeared, and this basic graphic became the standard. In 2005, Tuffy was updated to allow more consistent reproduction and a more modern appearance. Tuffy always struts with his left foot forward, and he always wears a red sweater with the Block S and a round hat with the name “NC STATE” in all-caps. 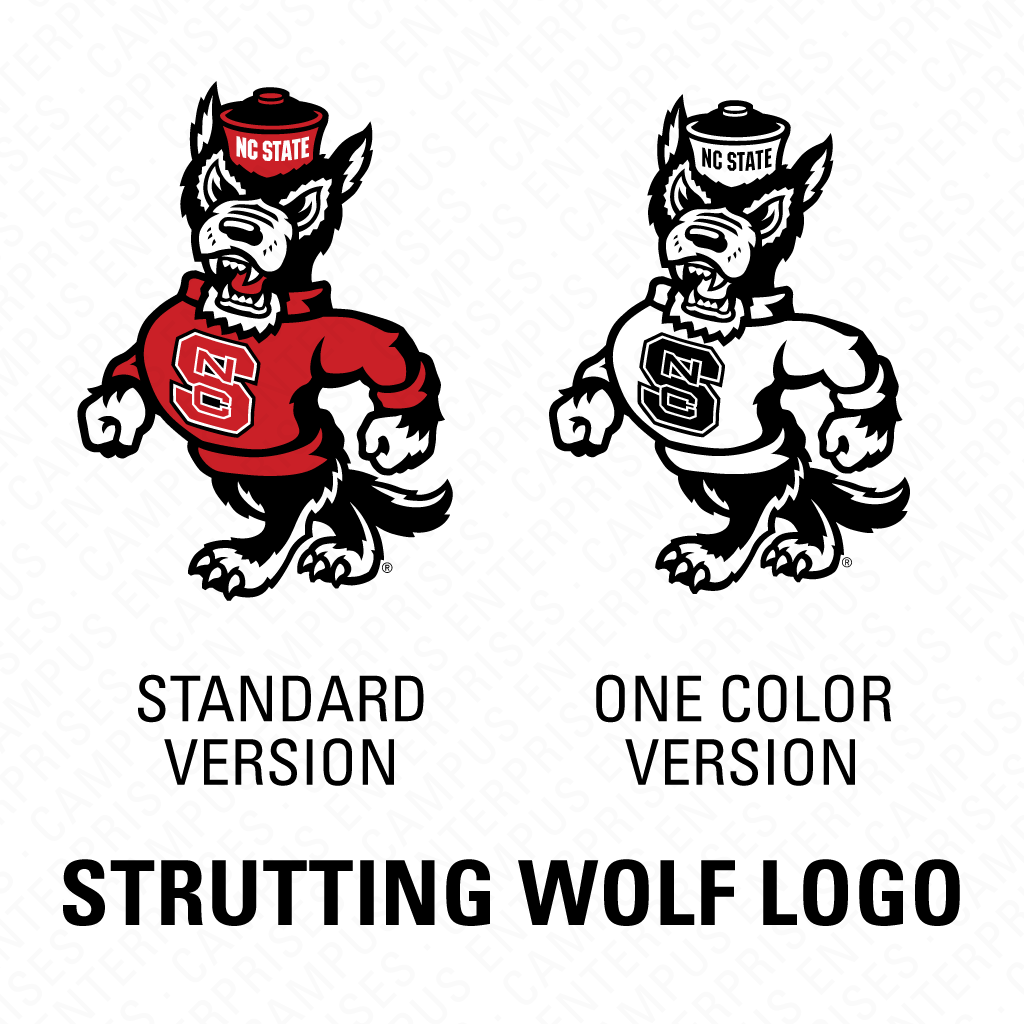 NC State adopted a new version of the Block S logo in 2005. The new design is slightly different than the former design, but frequently overlooked. The image below illustrates the two versions side-by-side. The current design (pictured on the left) shows how the “N” and “C” have been stretched beyond the open center areas of the “S”.

While the “Block S” logo can be used on fashion colors and prints some things to keep in mind are:

Do not alter the Block S logo. 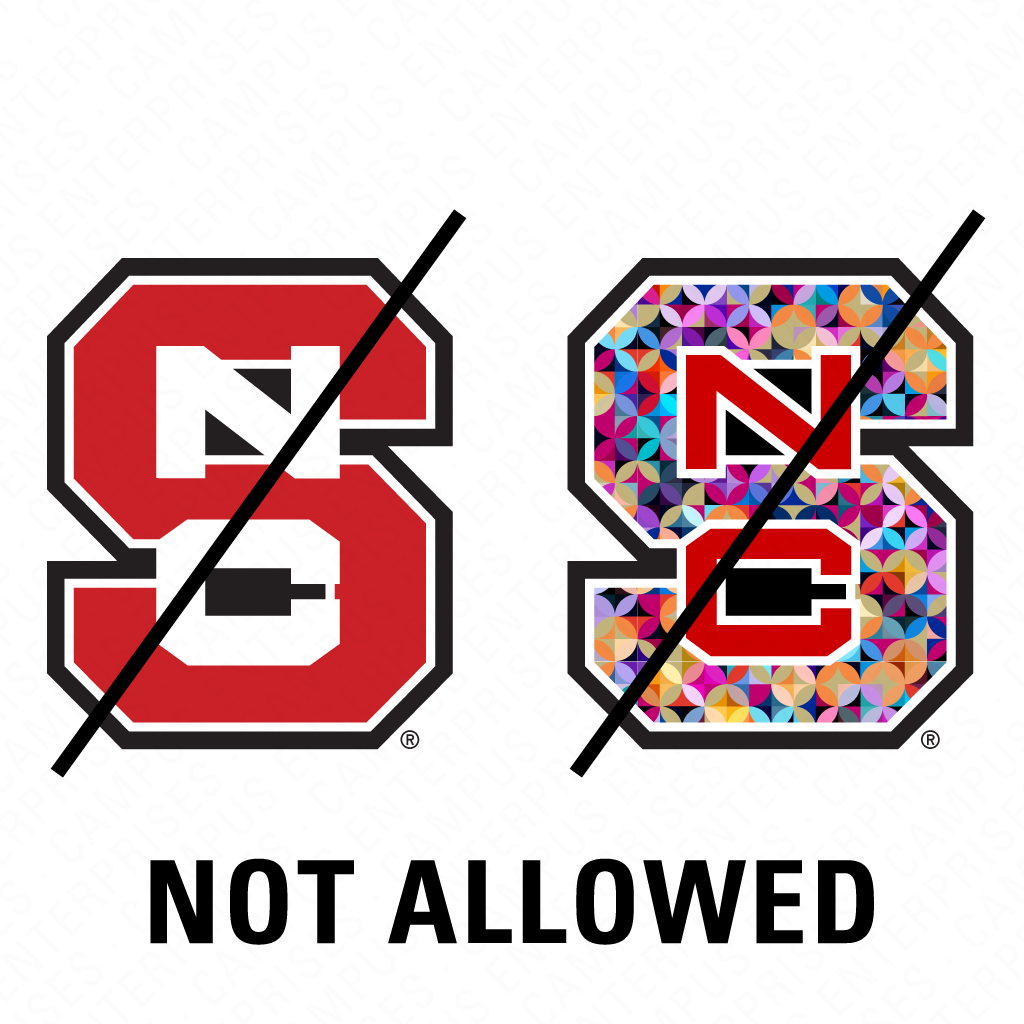 Do not alter Tuffy, the Strutting Wolf or the Wolf Head logo. 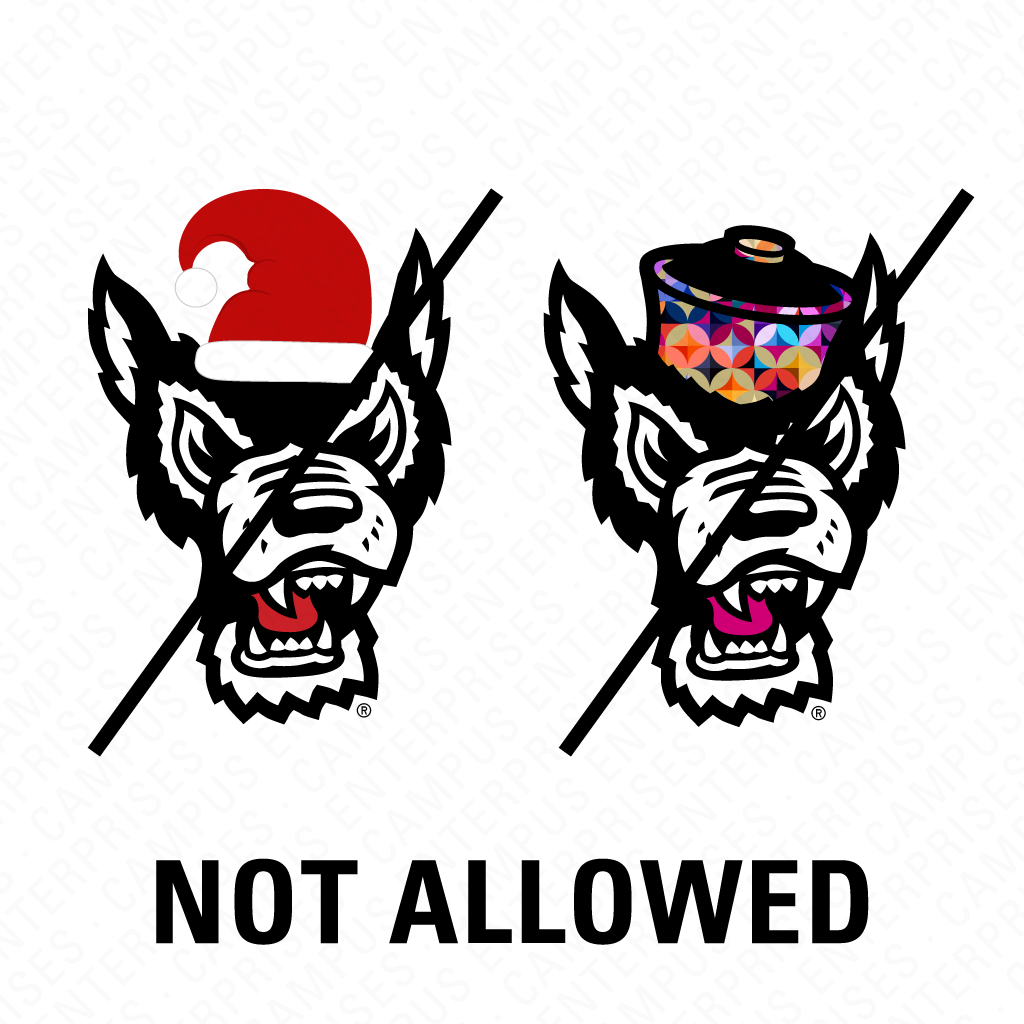 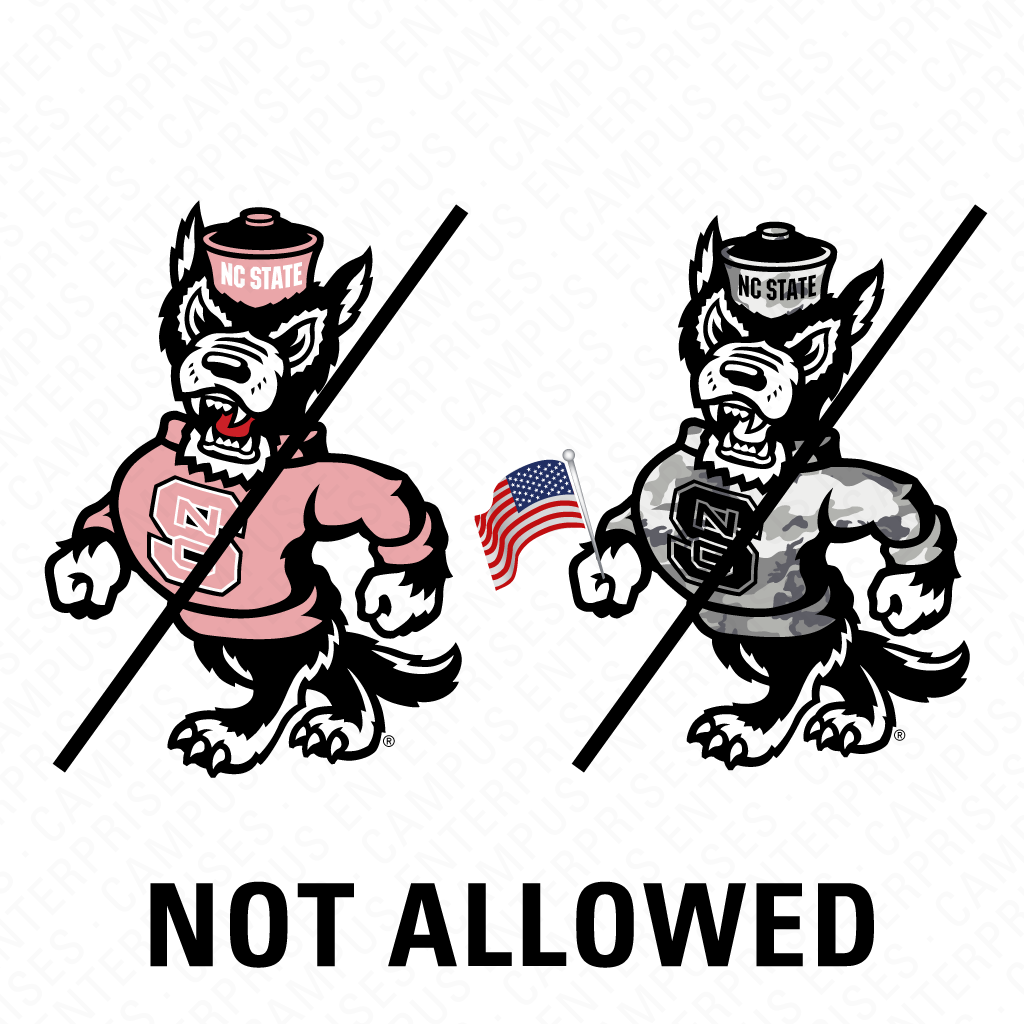 If you should happen to have digital files of the outdated trademark, please delete the files and request the current version from trademarks@ncsu.edu.